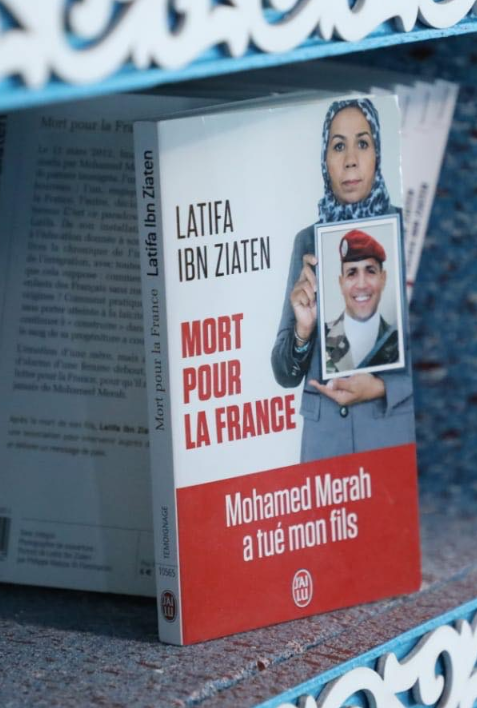 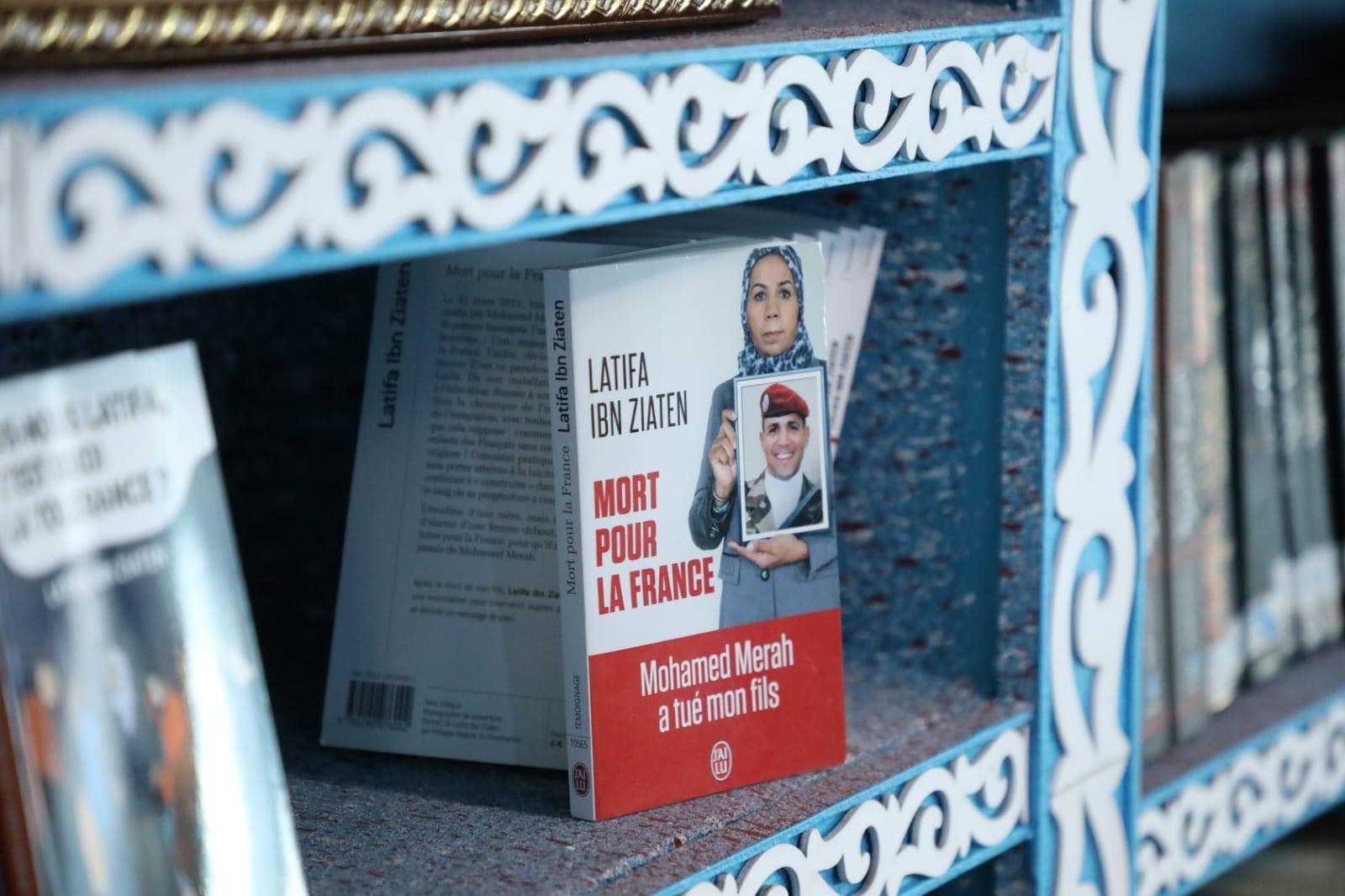 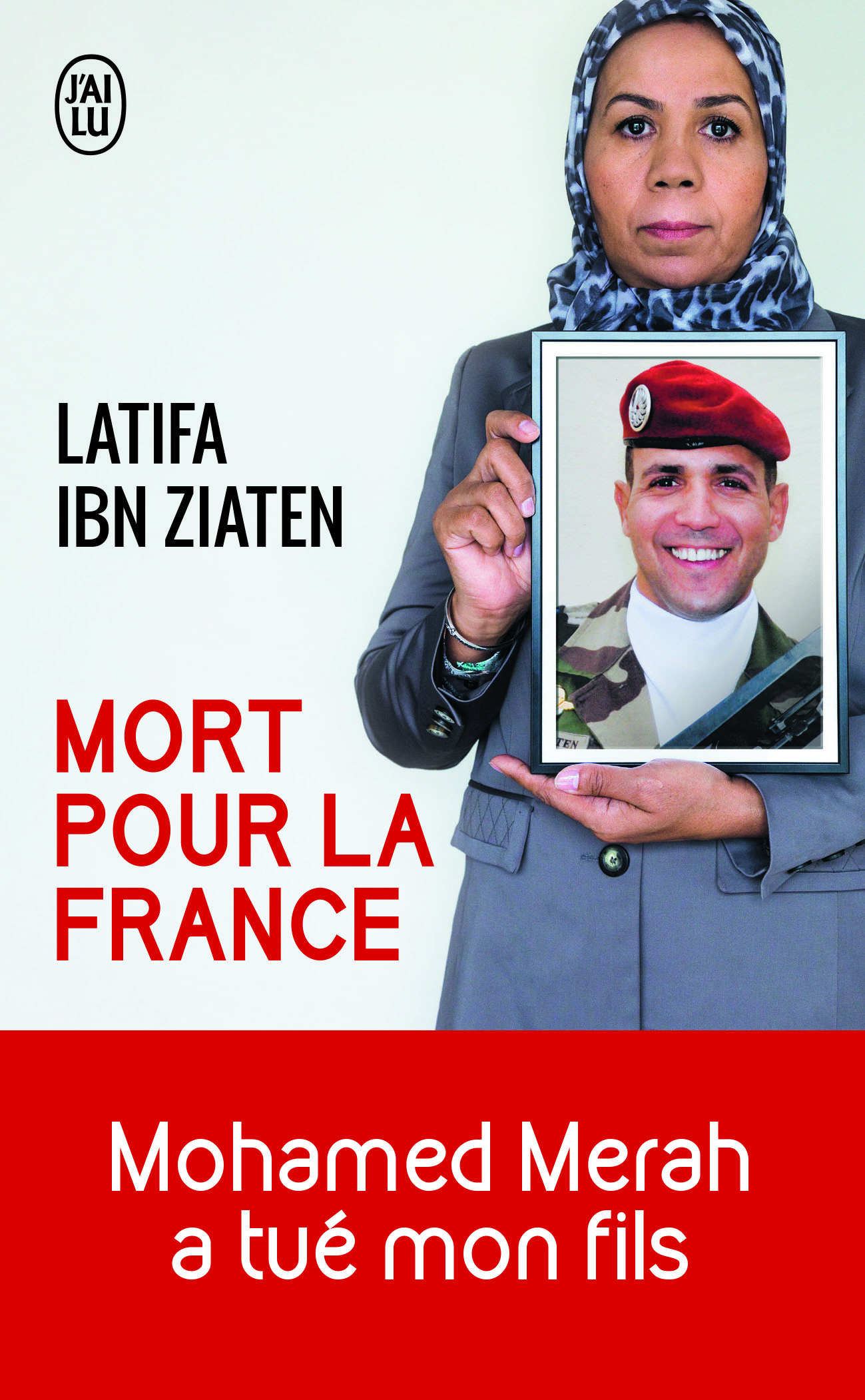 Resources
« Death for France » that traces her tour and in which she tells what led her to her battle after the murder of her son Imad.

On 11 March 2012 in Toulouse, Imad Ibn Ziaten was killed by headshot by Mohammed Merah, two youth of immigrant parents, the first is the victim, and the other is the executioner, the first has engaged in the service of France, the other decided to sow terror there. This is the paradox that, after the death of her son, challenged Latifa Ibn Ziaten.

Throughout her establishment in France, the given education to her son, Latifa tells us the chronology of the immigration and the integration, with all the questions that she assumes: how she made out of her children a completely French people without breaking up their origins? How did she follow her religion without violating the secularism? How to continue in “building” in a country where the blood of her progeny had spilt? She refused to give up and chose to revenge in a noble way.

In this book we see the emotions of a mother, but also the alarm call of a standing woman, that decided to fight for France, for that there would be no more of Mohamed Merah.

Resources
“Tell us Latifa what is tolerance?” that groups the questions of pupils that she met in the educational institutions and her answers.

A book that contains more than 50 question of pupils to contribute to the reflection. A message of tolerance, a dialogue without taboos, for reliving the biggest challenge of living-together and to offer a place and a future for each youth.

In this publication, the answers of Latifa Ibn Ziaten to the questions of the pupils who she could meet in their institutions:
“why do some people think that religion led them to attack?”
“why do I respect my teachers while they don’t respect me back?”
“don’t you think that the success of each youth is utopian when we live in a city?”

Their names are Kloé, Aïda, Abdelkrim, Sofian, Aurélie… they are pupils of primary, mid-school and high school. by the dialogue without taboos that she engaged with them, she delivered to them a powerful message:
no, the spiral of violence in the name of religion is not a fate.
Yes, she practices her beliefs in peace, in the respect of republican values and the beliefs of others are reachable.
Yes, it is possible to raise the biggest challenge of living-together that offers a place and future to each youth.

Latifa Ibn Ziaten is the mother of Imad Ibn Ziaten, who was killed by Mohammed Merah on 11 march 2012 in Toulouse.

She started the association Imad for youth and peace in order to open dialogues with others and to respect the republican values.